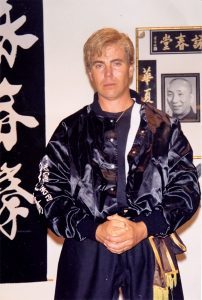 Grandmaster Swift has been honored in 278 news and magazine articles on the Art of Wing Chun, including articles in the respected martial arts publications Inside Kung Fu and Black Belt Magazines. Several publications published articles about Grandmaster Steve Lee Swift when he saved the lives and health of multiple men and women who were the victims of assault. Thanks to Grandmaster Swift’s intervention, these individuals can still tell the story of their encounter today.

Two Grandmaster Wing Chun gyms are open in Minnesota and Florida. Classes are offered at his new location in Minnetonka, Minnesota and from his top instructors in Tampa, Florida. Classes are offered 6/7 days a week for adults and children. If you can’t take classes in one of the two locations, you can still learn from Grandmaster Swift through his extensive line of Wing Chun Kung Fu Training DVDs!